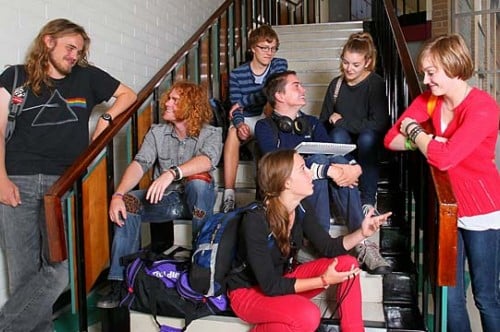 Young people from around Tasmania will meet in August to try to find solutions to the state’s long-running youth retention problems and pass them on to decision makers.

Data from the Australian Bureau of Statistics shows young people represent a lower proportion of the total population in Tasmania than anywhere else in the nation.

Those aged 20-40 years old make up only 30 per cent of the state’s population, compared with 36 per cent for Australia as a whole.

“This in part reflects a net outflow of young adults from Tasmania to pursue education and employment opportunities interstate,” the ABS said in its population statistics report.

The Youth Network of Tasmania’s consultative body, the Tasmanian Youth Forum, will conduct the forum on youth retention.

Others see Tasmania as a good place to retire but a place to leave in their prime.

YNOT chief executive Joanna Siejka says Tasmania’s young residents were a diverse bunch but it was important all had the same access to opportunity.

Ms Siejka said programs such as UTURN — due to be cut by the State Government — had proved their worth.

“The challenge is to ensure that all young people who need the support of these programs are able to access them now, and into the future, so that they have the best chance in life,” Ms Siejka said.

Last week retiring judge Ewan Crawford said he had witnessed the growth of a new underclass of young people in Tasmania.

“I see a growing underclass of young people who, from the day of their births, have never had a hope of turning into respectable citizens,” Justice Crawford said.

“Raised in an environment of alcohol and illicit drug use, violence, unemployment and poverty, they are accustomed to these things by the time they are teenagers.”

In the lead-up to National Youth Week, Ms Siejka said that for the most part, young Tasmanians were a diverse but resourceful, innovative and passionate group.

“Despite the economic challenges facing young people today, they have found new ways to be engaged with society and each other,” she said.

“They make their own networks and are creating very positive and forceful messages, for example, youth-led initiatives and organisations are growing and prospering, enabling young people to be involved in political and social issues on their terms.”

National Youth Week is celebrated from Friday to April 14 and will feature many events.

What do you think the future in Tasmania will be like and would you consider moving interstate to find a job? What could be improved?

Matthew Gadsby, 17, South Hobart
I think public transport in the state could be made better.
After college I’d like to travel, but I haven’t made my mind up yet.
I think the education system needs to be improved so it can help people early on if they are struggling.

Seton Jubb, 17, Claremont
I’d like to stay in Tasmania because I’m doing a lot of science stuff and I’d like to work for the Antarctic Division.
I think the education system could be improved.
I’d like to see it become a bit more personalised.

Nicholas Hniat, 16, New Town
I think tourism in Tasmania will improve, though I don’t want to see it improve because I like the small community feeling.
After college I want to study engineering.
I’d like to stay and get a job in Tassie, but I would consider moving elsewhere if I couldn’t get one here.

Bella Young, 16, Moonah
We need to promote Tasmania as a unique place to visit …
After college I want to go to university.
Most of my friends are set on leaving Tasmania, which I see as not necessarily a good thing.
I realise that I might have to move out of Tasmania if I can’t find a job here.

I don’t really want to see any changes in Tasmania.
I think we have a strong arts culture and a rich and diverse range of theatres and museums to attract people to the state.
I’d like to move interstate to make a career working with children and move back to Tasmania when I’m older.

James Zalotockyj, 16, Hobart
I think we need to see our cultural background made more public on the mainland.
It would help attract greater tourist numbers.
I plan to take a gap year and travel after college, and hopefully some opportunities will open up for me at uni.
I don’t agree with joining high schools and colleges together.

Emma Boucher, 17, Lauderdale
I think tourism will go up, which we really pride ourselves in.
I wanted to join the police force, but that can no longer happen because of budget cuts.
I’m a fan of Tasmania, so I don’t want to look for job opportunities interstate or overseas

Courtesy of The Mercury